Developing dedicated apps for business has transformed from being a necessity to a priority. As the world of mobile apps is expanding beyond comprehension, demand for better and faster apps shoot up. To build the revolutionary mobile applications in this fast-moving world, mobile app developers have a need for enriched technology. If we decide to go with a hybrid approach then, React Native is the way to go. React Native is the most encouraging and latest approach to shape cross-platform mobile application. Hybrid mobile apps bridge the gap between user experience and ease of development. Additionally, they are built using technology such as JavaScript, HTML5 or CSS, with which most developers are already familiar.

Did you know some of the popular apps such as Facebook, Instagram, Tesla, Airbnb, etc. are built using React Native?

What is React Native?

It is an open-source framework that makes use of JavaScript to shape the hierarchy of UI components to have mobile applications. With native look and feel, React Native holds the collection of features for both iOS as well as Android

React Native is recognized as the future of mobile apps due to the number of reasons.

Some of the benefits of react native apps include:

Developers can build both Android and iOS apps through the framework through a single codebase simultaneously. Be it react native for iOS or react native for Android, companies do not have to worry about developing the app for different.

React Native’s code has reusable components that compile directly to the native platform. All the components have a similar counterpart in react native which allows developers to maintain a consistent look and feel.

React Native apps are much undefined from native applications. Same UI building blocks that are utilized for native apps, just put together using React and JavaScript. Any native UI components have the option of adding it to the existing app’s code and do not need any code rewriting.

React Native will be shaping the future of mobile app building, with its flexible and diverse capabilities. The fluidity of the JavaScript interactions within the native environment makes the UI more responsive and results in quicker load times

Since React Native is compatible with third-party plugins, the app won’t need to employ WebView for specific functions such as maps. It also uses less memory and loads much faster.

One of the most significant advantages of incorporating React Native in app development is its live update feature. The major benefit of developing an app with react native is that developers will push the updates to the client’s phone without going through the application store update cycle. The whole process gets simplified and streamlined with React Native app development.

For businesses that are looking to get a powerful mobile app developed quickly at a low cost, React Native presents the best option. React Native will be shaping the future of mobile app building, with its flexible and diverse capabilities. The demand for hybrid apps is definitely increasing when compared to native apps, as companies prefer apps which are simpler and compatible with multiple platforms.

Techtics has been providing quality hybrid app development services to global clients. You will save your great deal of time as well as money by hiring our fervent. React Native Developers that will provide the perfect solution to your business issues.

Therefore, if you are looking for custom application development services, then just get in touch with us today. 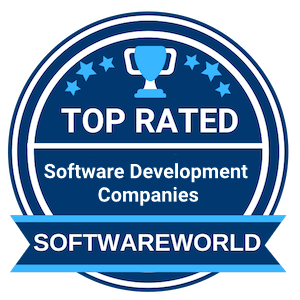 Get an Inquiry
Techtics
[email protected]